Can you multi-task better than your liver? 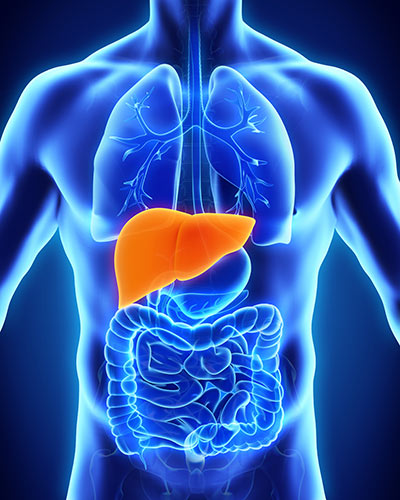 A multi-functional organ, the liver often is taken for granted by people who don’t understand its importance until they experience some form of liver disease. We talked to a specialist at Northwest Community Healthcare (NCH) to gain a better understanding of why the liver is so important and the diagnostic technology now available at NCH.

The liver has a big job. Not only does it detoxify and metabolize everything you eat and drink — its main function — the liver also has several other super important responsibilities:

What is liver disease?

“In the simplest terms, liver disease is considered any disease that causes chronic inflammation of the liver resulting in scar tissue — referred to as fibrosis — and cirrhosis,” says David J. Kim, M.D., one of NCH's board-certified gastroenterologists. Cirrhosis is late-stage scarring of the liver that is irreversible and results in the loss of liver cells. 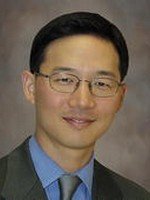 This is a type of liver disease that results from the immune system attacking the liver and causing inflammation and scarring to liver tissue.

One example is a condition called hemochromatosis, where the body builds up iron at toxic levels and stores it in the liver, causing irreversible scarring.

Fatty liver is the most common type of liver disease and is increasing in direct parallel to the rise of obesity and type 2 diabetes in the U.S. With excessive fatty tissue in the body, metabolic changes occur that cause inflammation and scarring in the liver. Dr. Kim indicated that fatty liver disease will soon become the No. 1 cause of liver transplant in the U.S.

Viruses such as hepatitis A, B and C can severely damage the liver if not treated. Hepatitis A and B are considered acute liver diseases and involve a rapid onset of symptoms, including fever, jaundice, fatigue and abdominal pain. Fortunately, hepatitis A and B can be detected easily and treated.

Hepatitis C is a blood-borne virus that can remain in the bloodstream for decades undetected while continuously churning out bacteria. Despite the immune system’s attempt to eliminate the bacteria, the disease will persist without treatment, causing severe inflammation and cirrhosis.

Baby Boomers should be screened for hepatitis C

Can liver disease be treated?

“Treatment for liver disease depends on the underlying condition and the stage of disease,” states Dr. Kim. People who have liver failure need to be evaluated for transplant, while those with early stages of the disease and acute forms of liver disease can undergo treatments and take medications to prevent any further damage to the liver.

How is liver disease detected?

The most important test to detect liver disease is the blood test patients undergo as part of their annual exam, according to Dr. Kim. Your doctor will look at your liver enzymes to determine if there is anything concerning.

For patients who are suspected to have liver disease or have known liver disease, NCH now offers a new diagnostic tool called FibroScan®, which offers a non-invasive alternative to liver biopsy. The test uses ultrasound technology to take a picture of the liver using a wand placed on the skin’s surface. Using this remarkable technology, specialists can detect and determine the best treatment for patients with virtually all types of liver disease.

“The major benefit of FibroScan is that it takes five to 10 minutes, it’s completely non-invasive, no needles are involved and there’s no risk whatsoever,” highlights Dr. Kim. “We get the answers immediately and there’s a high level of accuracy for the test.”

If needed, your physician can order the test. Patients with orders can call NCH Central Scheduling to schedule an appointment for FibroScan at 847-618-3700.

Meet our multidisciplinary team of gastroenterologists »

Get NCH Updates via Email